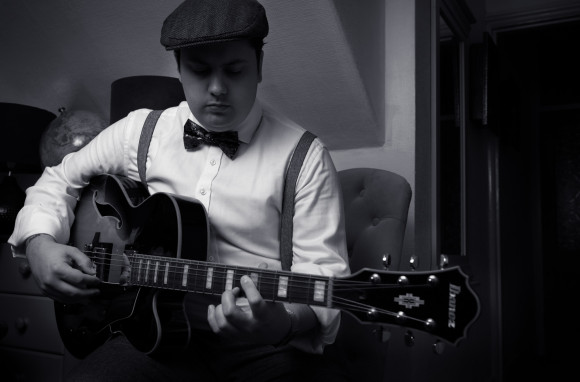 Tom and Ian had recently started having a few enquiries to perform as a duet, for people that perhaps felt drums would be too much for their event. (Though Rich has the ability to drum very quietly, making him one of the most versatile drummers around, as he also plays for a very loud metal band!) Due to the rising demand for acoustic sets, we decided it would be beneficial to record some duet videos with just saxophone and guitar

We decided it was best to get the duo videos done quickly, as the summer months were upon us, and the agencies were having a real push of our listing to potential customers. More enquiries than ever were coming in, so it was a great time to release some new content. With some clientele asking for music they may recognise, we decided to do a pop cover in a post modern-juke-box style. We decided on Havana, by Camila Cabello – a nice summery song that worked well as a Bossa-nova. We also recorded a handful of other songs, including some traditional jazz, and some other well known pop songs. Below are three of the songs that we captured.

As well as getting our videos finished, we were very happy to find out we had been accepted on to Alive Network this week, one of the U.K’s largest music agencies. We are hoping to get a lot of enquiries and bookings through this platform, Tom has been putting a lot of hard work over the past few months to get us featured here. We will be performing as Swing Blue for Alive Network (a request from The Agency), and you can check out our profile here.